This One Surprising Word

For one year, I have heard this one word: return.

It is a word for the exile. For the younger son. For the wanderer.

“Then have the trumpet sounded everywhere … sound the trumpet throughout your land. Consecrate the fiftieth year and proclaim liberty throughout the land to all its inhabitants. It shall be a jubilee for you; each one of you is to return to his family property and each to his own clan.” 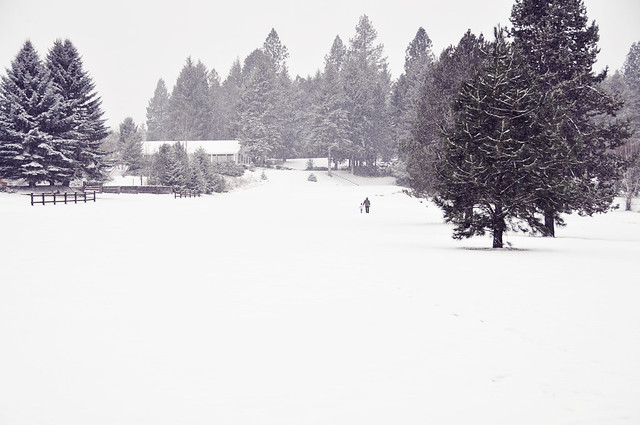 But isn’t that an ugly word, more? A greedy, grasping word? I refused to embrace it, until all I could hear was more, more, more repeating like a drumbeat in my head.

I gave in. I agreed to claim it … silently. I wouldn’t speak it out loud. How could I admit that my word, my prayer, for this year is so ugly? So easily misunderstood?

Until this day. It was three parts hair-pulling crazy (because no one can buckle their own skates, and the baby was determined to hurl herself out of the sled to faceplant in the snow), but it was one part glorious. A frozen pond for skating only yards from our front porch. Three children with Christmas-gift ice skates. On a Saturday. While the sun shone.

It was one part perfection. One part pure glory.

And it ended as abruptly as a bubble bursts. The older boy fell. The baby really was determined. But as we trudged back toward the house, the younger boy crying that his boots were full of snow, all I could think was we will return. There will be more skating. Every year, there will be more. I pictured a day when every child could strap on their own skates. A day when even my husband and I could step into skates and glide along. This is only the beginning, I thought.

The return is never a dead-end. No one returns to God only to say, “Now what?”

Instead, we turn toward God and see a door. Walking through the doorway, we discover … more. There is always more. To use the words of C. S. Lewis, “Come further up, come further in!”

To return to God is a way of life. It is a turning back toward wholeness, toward peace. It is like finding a home and feeling yourself stretching out to meet the years to come. Like a tree planted by water, those roots growing deep and deeper.

This is our second year at Maplehurst, and my word is more.

The cherry trees behind our house may be old, but they are scattering yellow leaves like overeager flower girls before a wedding.

It isn’t time yet, I whisper.

But it is time. No matter what the calendar says, it is time. I know because I have seen this once before. On August first, we began our second year at Maplehurst, and this, yellow leaves on green grass, is the first return.

The first year is a surprise. The second is a return. 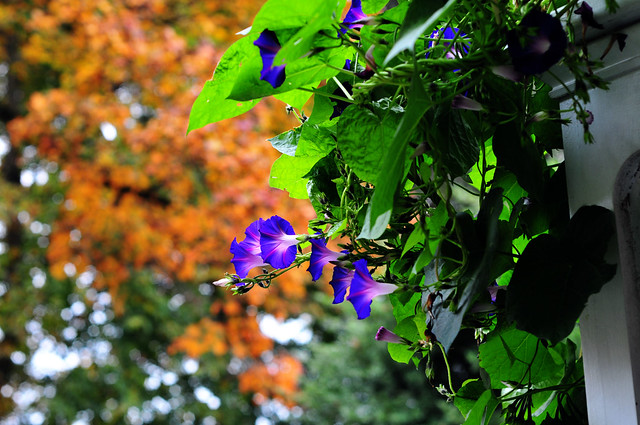 She is eleven months going on all-grown-up, and I have unpacked some of her older sister’s clothes. Here is the white dress Lily wore in her one-year-old portrait. Here is the rainbow-striped sunhat she wore our first summer in our 48th Street condo.

We no longer live in that city, though it was the first place that ever felt like home to me.

My first baby girl is also lost (replaced by a nearly-ten-year-old whose legs look impossibly long in their roller skates). Of course, she returns in memory, she returns in the soft curve of her baby sister’s chin, and, who knows, maybe she’ll show up again when I unpack this dress for a grandbaby someday.

Nothing good is ever truly lost (which is another way of saying that all is being made new).

Today, I reread my journal. I remember the wandering years. Those drought years when the smoke of Florida wildfires was like a pillar of cloud. Back then, I wrote down the words of Zechariah.

Though I scatter them among the peoples, yet in distant lands they will remember me. They and their children will … return. I will bring them back.

Moving to this place one year ago felt like this return. Once again, we would know the rush of four seasons, the familiarity of a good friend’s face, the comforting rightness of the words this is my home. All this while watching another baby girl grow.

But return is not a one-time thing.

One year in, and I know that life with God is all about return. I am returned. And every day I am returning.

Come, let us return to the Lord. He has torn us to pieces but he will heal us; he has injured us but he will bind up our wounds. After two days he will revive us; on the third day he will restore us, that we may live in his presence (Hosea 6:1-2).

We die so many deaths, but we are never lost. The son of God gives himself up but is returned to us on the third day. And every day this world is made new.

I have seen these yellow cherry leaves before, yet I have never seen them before.

They have returned. They are new. 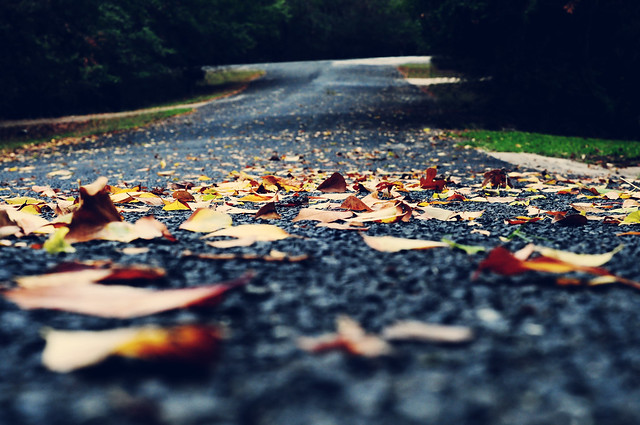