This is How to Carry the Weight of the World

Recently, someone wrote a blog post about a terrible injustice happening in our world.

I hear your deep sigh of recognition. Who wrote the post? What was the injustice? You know it almost doesn’t matter.

Aren’t our facebook feeds and blog readers and twitter accounts spilling over with painful stories of injustice? There is so much darkness. In our own small towns. In our own familiar cities. And in countries so far away we sometimes forget that they are more than just the names we hear repeated on the radio news.

When this blog post popped up in my email inbox, I read the title and then quickly shut my laptop. I told myself, I do not want to feel this. I cannot handle any more grief. Any more anger.

Especially when there is nothing I can do.

My daughter has been learning about the Holocaust. What began as a teacher-assigned classroom project has shifted into a personal obsession. Her bedroom walls are pale pink, there is still a doll on the center of her bed, but the bedside table is stacked with The Hiding Place and Anne Frank’s The Diary of a Young Girl.

After a difficult beginning, she has been processing it all fairly well. Stories of heroes and rescuers, especially, are helping her navigate the deep waters of our history.

But I am not doing so well.

It is a terrible thing to watch a child’s eyes being opened. Opened to terror. To darkness. To some brokenness in our world that began, I suppose, with Cain and Abel but simply Will. Not. Quit.

She would like to visit the Holocaust museum. I’ve told her no. Not yet. It is possible that she could handle it, but I feel sure that I cannot.

Is it ever okay to look away? To close the laptop? Plug up our ears? Maybe yes. Maybe no. I’m not really sure.

I did go back and read that blog post. It was as horrific as I had imagined, but there was also a clear call to action. There was a way for people to help, and many responded with a yes.

As I confronted my own feelings of powerlessness, I remembered that no one who prays is powerless.

I may never be able to rush around the world dispensing sure-thing solutions, but I can pray. And that is not a little thing.

Even prayer gives me hope. I have seen, again and again, that when we feel a tug to pray then God is already at work. He is the source of that tug. It is his invitation to join him in the great and beautiful thing he is already doing.

And as overwhelmed as I am, as weak as I feel, I hope I never say no to that.

My daughter’s eyes have been opened. But they have been opened to more than darkness. She is beginning to recognize the seed that has been planted inside of her: the seed of a rescuer. A lover of justice. A champion for rightousness.

Her mother is not those things. You do not want me to lead your campaign.

I am an observer. Once, I might have written that I am only an observer. But I have come to understand that those of us watching, quietly, from the edges, we are the ones who, when the moment is right, climb the high mountain and shout the good news of what we have seen: “Here is your God!” (Is 40:9)

We are unique, and our responses to suffering will be unique.

But may our prayer always be the same:

There is a river. How does that stream flow through you? 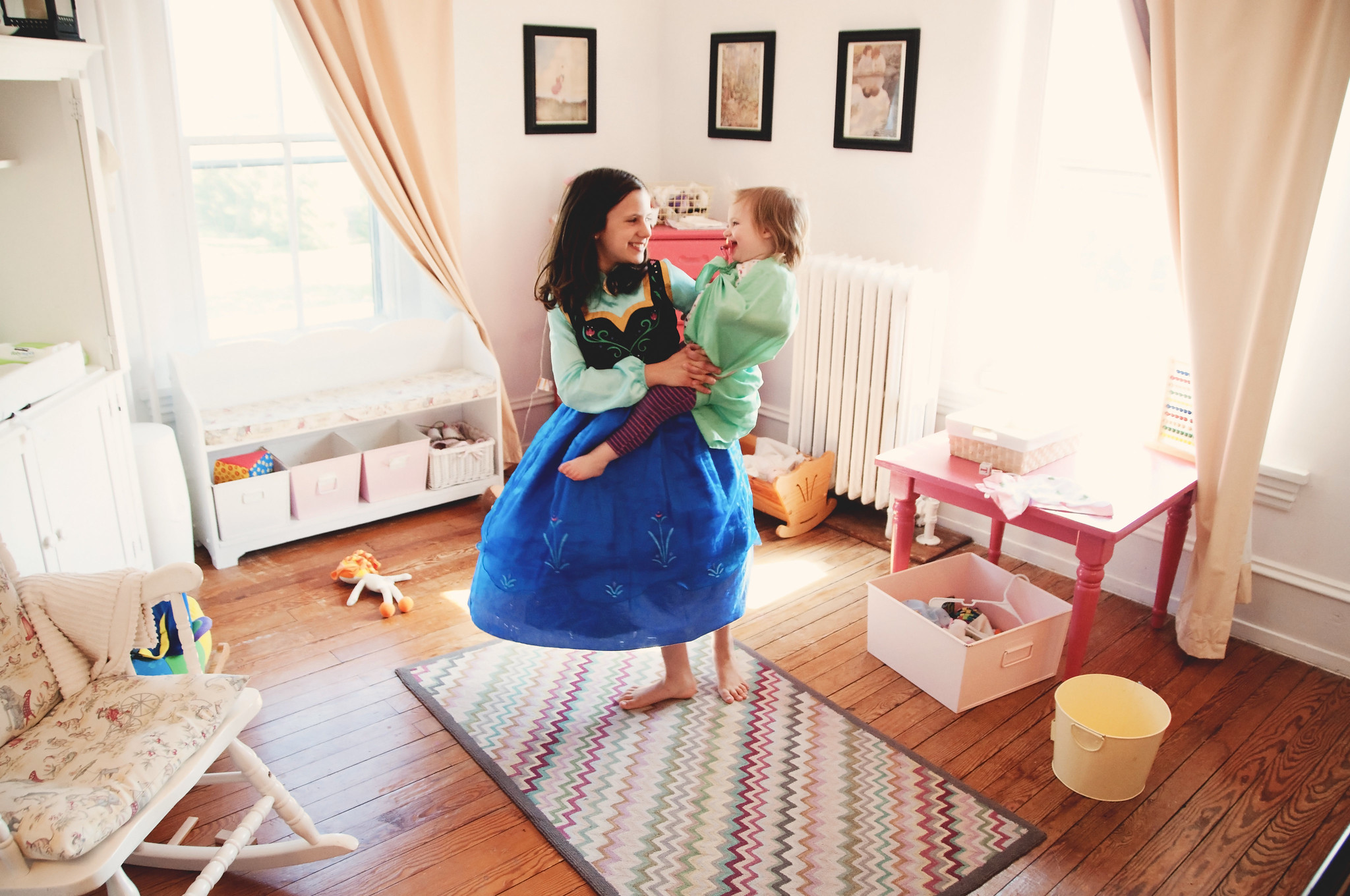 “you will be called Repairer of Broken Walls” 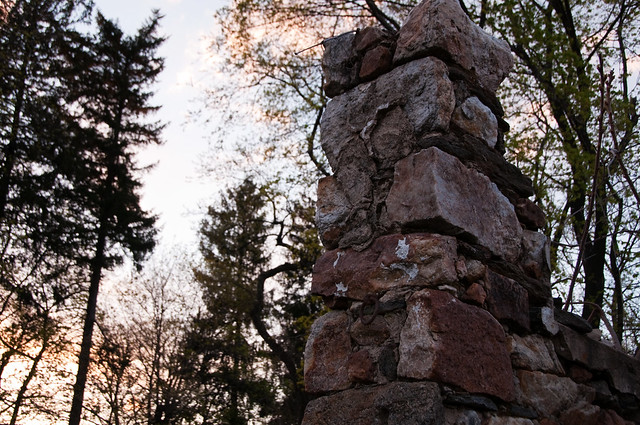 We have arrived at those muddy, brown days between winter and spring. When I cross the yard to the chicken coop, it feels as if I am walking on a sponge. We have had a few warmer days and a few sunnier days, but it is not yet clear to me if the damage of this winter can be undone.

Somehow I find it harder to believe in spring the closer it comes.

My daughter is learning about the Holocaust in school. Every afternoon she shows me some newly acquired fact, as if she half believes that this time, this time, I will contradict her teacher. I will say, No, no, it wasn’t as bad as that. Instead, I only ever say yes. Yes, it’s true.

Here is what she does not say: How do you go on living in a world where such things have happened? Still happen?

Here is what I do not say: I don’t know.

As a writer, I pick up the pieces. Even the ugly, broken pieces. I arrange them and rearrange them, and I search for hidden meaning. I find patterns, and they always say the same thing. They say, Look! Here is something beautiful. Here is good news.

Because it is Lent, we begin each Sunday service with The Decalogue rather than a hymn. We hear the list of God’s ten commands, and they are like stones that form a wall that enclose a garden.

Gardens grow best within the shelter of a wall, but we have torn down the wall with our own hands.

Perhaps we must first listen to the bad news if we hope ever to hear the good.

Perhaps it is sorrow for all the broken pieces and all the tumbled stones that gives us courage to stand up. To rise up, leave the sackcloth and ashes, and go searching for our new name.

We are baking together, the little boy and I, but I am also listening to the radio.

It is 75 years since the kindertransport brought German Jewish refugee children to England. An elderly man is speaking. He was only seven when he boarded that train. Only seven when his mother and father made a promise they would not be able to keep. They promised they would join him.

He still has the small hairbrush his mother tucked into his case.

I am listening to the refined voice of this now elderly man, but I am seeing the face of my own seven-year-old son. I do not think I can bear it.

What are Christmas candies and frosted cookies to a world with so much pain? 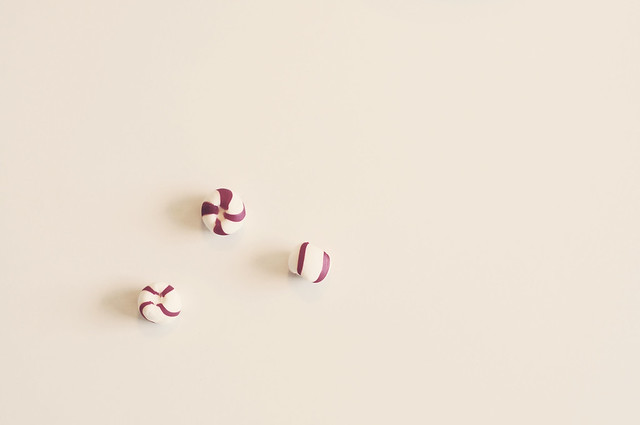 “Fall on your knees! O hear the angel voices! ”

Some of the old maple trees that gave this home its name are waving pink, plastic ribbons. They are marked for removal. This week the tree man will come with heavy machinery and sharp blades, and we will say goodbye.

I will find it easy to say goodbye to the headless trunk covered in poison ivy vines. I will not find it so easy to witness the fall of the other tree. This tree is crowned with green leaves in summer, yellow leaves in fall, but it is hollow. Standing in front of it, I can see blue sky through a hole that is shaped just like a child’s drawing of a heart.

I feel a kinship with this tree. I know this is what love does. It rips you right open.

We are discussing Christmas gift ideas when my friend suddenly confesses that she can’t stop imagining the loss of her two-year-old daughter, her much-loved only daughter. I tell her I understand. This pain is love’s shadow.

It sends us to our knees.

I am blessed with four children. Which means I have been on my knees for a very long time. It isn’t such a bad place. There are angel voices here. 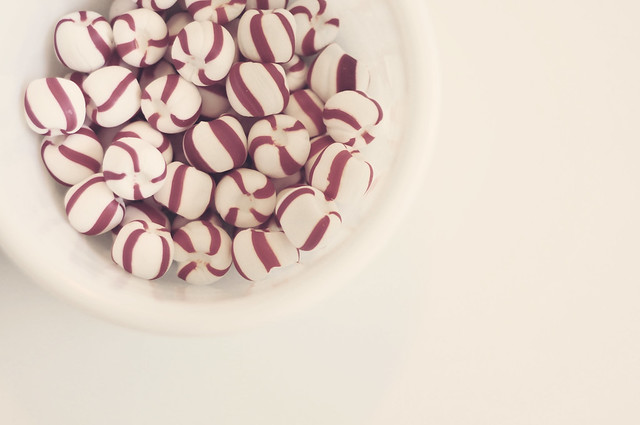 “Behold your King! Before Him lowly bend!”

The shrieking radio, that bearer of bad news, is on again, and my daughter says, “More war? Why is there always more war?”

She places her frosted angel back on the table. I lay my own sugared bell beside it.

I think about that interview. How the little boy grew up. How he visited a Holocaust museum in Israel. There, on the wall, he found a photograph of prisoners in a concentration camp. Among those gaunt, wounded faces he discovered the face of his own father. A man he had not seen since that day when promises were made.

It occurs to me only now that my Father is also among the wounded. I can’t seem to articulate to my daughter why it matters. Why it makes such a difference.

I only know that it does.

A world being healed by the wounds of a king.

“And in his name all oppression shall cease.”