These Farmhouse Bookshelves (+ A Giveaway!)

Alaska is far away.

Maybe you think you know this, but however far away you imagine Alaska to be, double that. Because Alaska is really, really far away.

If a two-day journey isn’t an option for you, what about a book instead?

Here is a memoir of that same remote island. It is also one of the best memoirs I have ever read.

Surviving the Island of Grace: Life on the Wild Edge of America

by Leslie Leyland Fields is the story of a young woman from New Hampshire struggling to make a home and a marriage on a primitive and remote island in the Gulf of Alaska.

This is a memoir of marriage, motherhood, spirituality, and poetry. It is also a memoir of wilderness and the dangerous and exhausting work of commercial salmon fishing.

Even if you can’t imagine enjoying a book about fishing (much less actual fishing!) I highly recommend this book. The writing is stellar, the story captivating, and the whole thing is edged with lyricism.

This is the most particular and most universal of stories. Now, I too, am asking the question at the heart of this book: how do we bear the terrible, beautiful grace that sustains our lives?

This was where we unraveled the rest of our lives, it seemed, even as we sewed up the holes in the nets. There was something about this space, about standing out there on the beach under the open sky – the clouds or sun, mountains on every horizon, though it was ocean all the way to the edge. The walls were gone, how could there be a larger space to stand in, and yet, it became a sort of confessional. – Leslie Leyland Fields

I picked up another Alaska memoir in the bookstore at the Anchorage airport: Take Good Care of the Garden and the Dogs: A True Story of Bad Breaks and Small Miracles

by Heather Lende. This one reads more like a collection of personal essays than a cohesive memoir. The tone is cozy and, at times, a little too cute, but Lende’s work as an obituary writer for her small-town paper lends the book some serious depth.

Lende organizes her chapters around the Bible and the Book of Common Prayer, but she incorporates other traditions as well, such as Buddhism or Native American spirituality.

I kept this one tucked in the seatback pocket on the long flight from Anchorage to Seattle. At one point, my seatmate asked if she could read it, and I passed it over. She laughed out loud for the rest of the flight.

I wonder if to be human is to know that we can’t ever banish pain and ugliness from the world, only learn from it and create something beautiful and good out of it – like the newest totem pole in Sitka, the one called ‘You Are Going to Get Well.’ If you ever see it, you will believe that’s possible. – Heather Lende

One of the guest writers at the Alaska workshop was the novelist Bret Lott. You can’t go wrong picking up any of his fiction (I adore the strange, hilarious, heartbreaking first story in his collection The Difference Between Women and Men: Stories), and his novel Jewel

was once an Oprah Book Club pick.

I especially recommend his latest, a collection of essays called Letters and Life: On Being a Writer, On Being a Christian

For writers, his essay “On Precision” is outstanding. For everyone, the final long essay on the death of his father is beautifully crafted. I aspire to write personal essays like this one.

I have two bonus recommendations for you today. The first is Girl Meets Change: Truths to Carry You through Life’s Transitions

by Kristen Strong, a pretty and practical book for any woman who struggles with life’s transitions.

The second is the most recent book from Emily P. Freeman: Simply Tuesday: Small-Moment Living in a Fast-Moving World. I don’t think anyone writes Christian formation quite like Emily. Her writing is accessible but also lovely, straightforward but rich and wise.

In my eagerness to read it, I mistakenly ordered two copies. Leave a comment here, and I will enter your name in a drawing to win one of those copies. A winner will be notified by email.

The Only Way To Live

In Alaska, there are many ways to die.

You can die in the air: bush plane, float plane, an airliner in wind and fog. You can die in the sea: barge, skiff, a ferry plunging in the trough. (If you are a sea lion, you can die in the jaws of an orca halfway between your rock and the waves. I have a picture of blood and frenzied sea lions if you are the sort who needs proof.)

You can also die with your feet planted firmly on the ground: bear, cliff, swiftly-shifting weather.

You have come to the edge of the world. The sun is lower. The shadows are longer. Death lurks out in the open here. 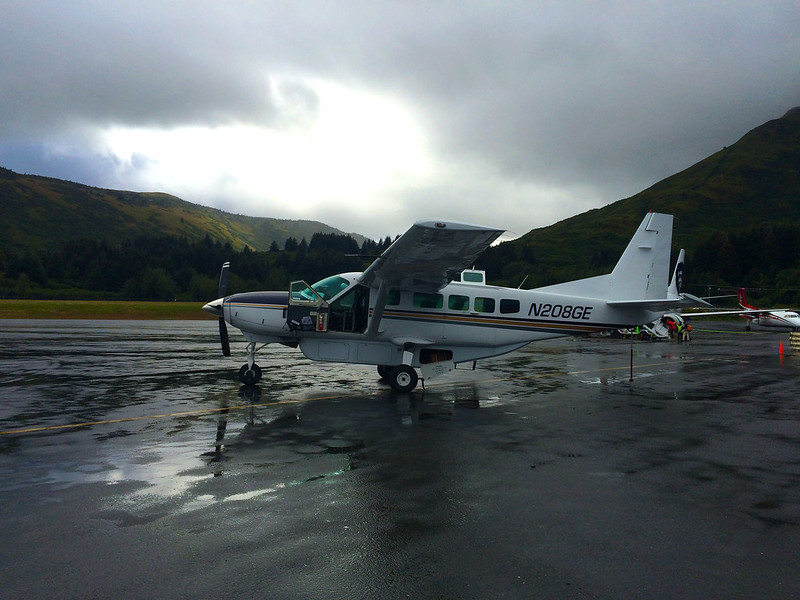 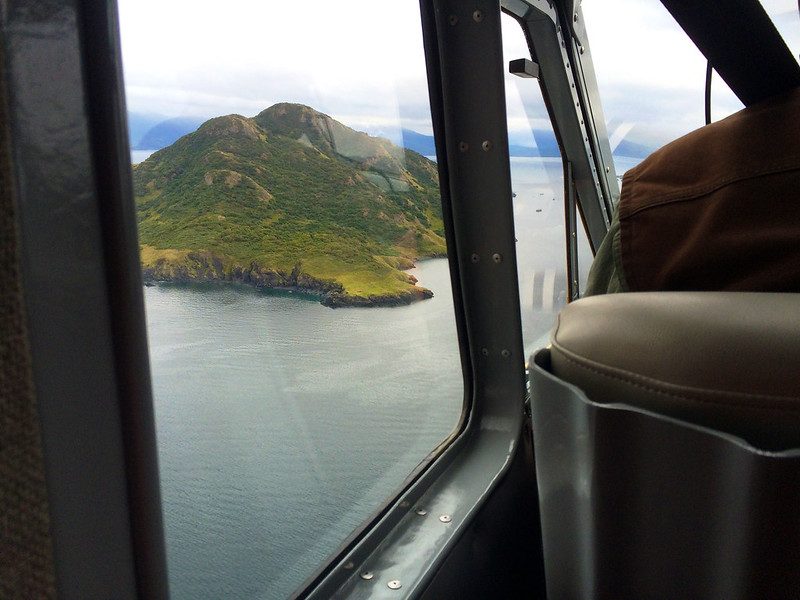 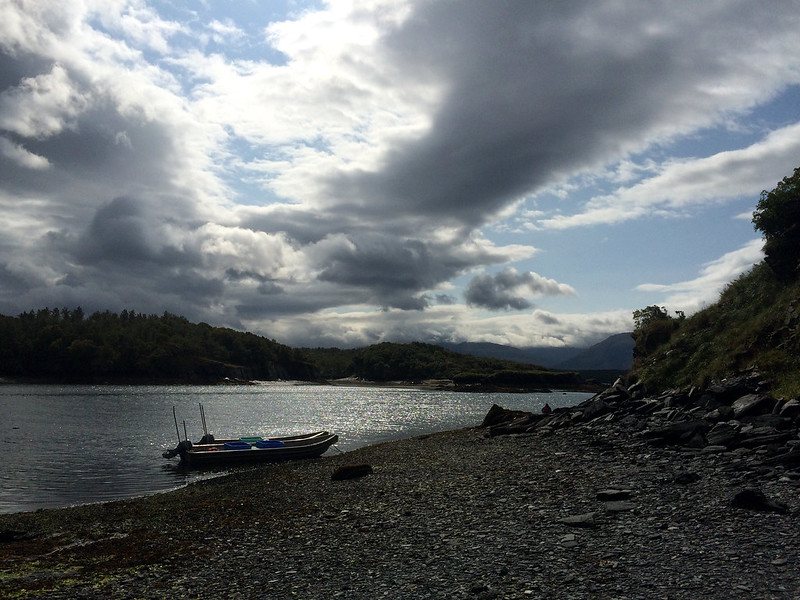 When you become a mother, you count all the ways there are to die: babies sleep but do not wake, daughters fall on the stairs, sons are diagnosed and named incurable.

Later, the ways are counted for you, but they are not the deaths you have already met in your imagination.

One day, you do not recognize how much your boy struggles to breathe, but the pediatrician does. She calls an ambulance from the exam room.

Another day, you forget your child’s epi-pen. Thank God, that stranger in the corner of the shop had one in her purse. You learn, to your sorrow, that death is folded within each moment.

In Alaska, there are so many ways to live.

You live in the air: bush planes and float planes fly low. You soar like an eagle, skim mountaintops, explore islands empty except of bears.

You live on the water: the taste of salt spray on your lips, a diving fin whale almost at your fingertips, sea otters like floating teddy bears.

You live on the land: black-tailed deer who are not afraid of you, tide pools filled with sun stars and blood stars and the deep breathing of anemones.

You have come to the edge of the world. The sun is lower. It is a dazzle in your eyes all day long.

Of what consequence is death when the air is like glittering glass? 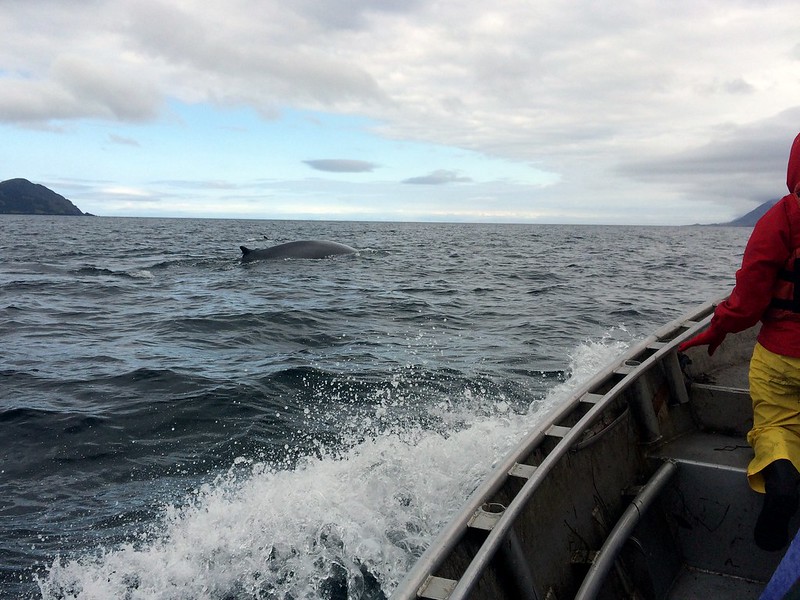 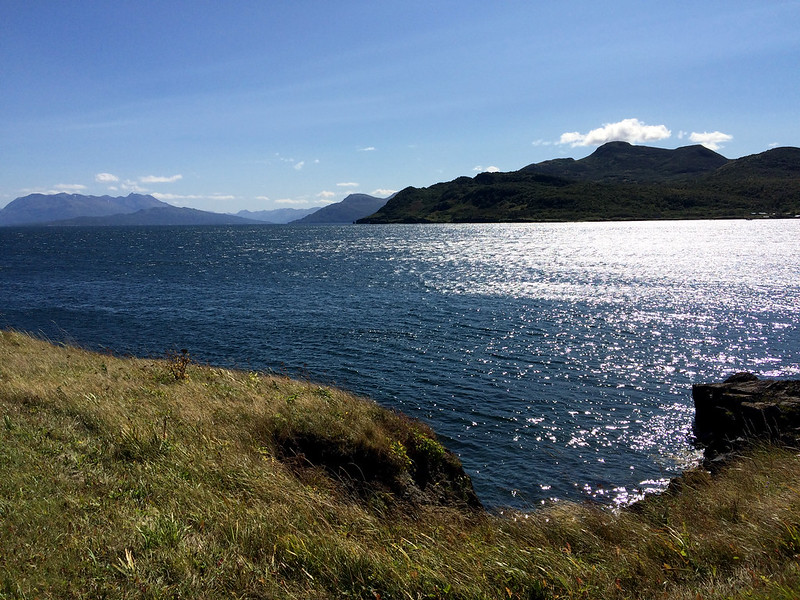 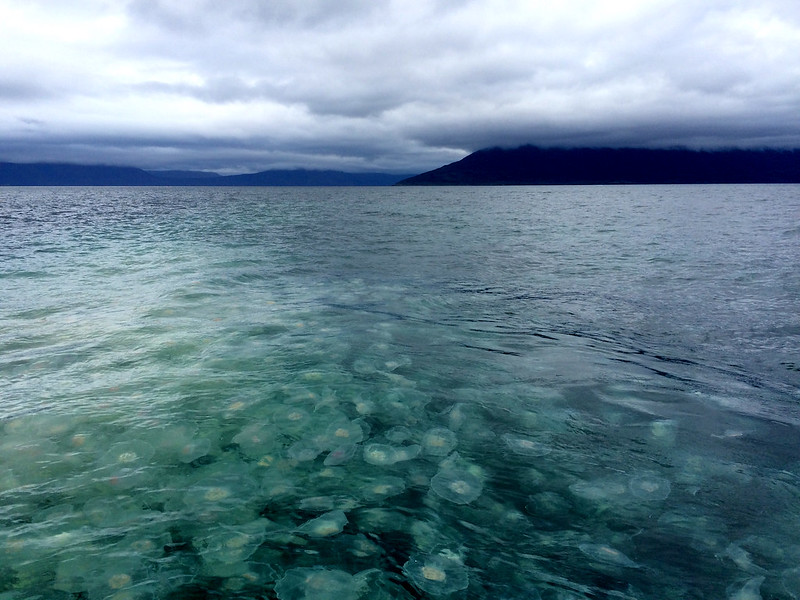 If you are a writer, you are often alone. You retreat from family and friends seeking the quiet you need to write.

You journey to the edge of the world, and you discover you are not alone. The world is as full with stories and with storytellers as it is full with the glory of God.

The stories you find on Harvester Island are intimate with death.

There is the story of the old man and the young boy. They vanished on the water, leaving behind only a dog in a skiff and so many broken hearts.

There is the story of the unhappy wife standing on the edge of the island rock with a small suitcase in her fist. She has arrived at the end of her road. She is alive, but she has already died.

There are so many ways to die, but in Alaska, you learn what is true in every place on earth: there is only one way to live.

The only way to live is to die.

Love is our home. It is the place where death is only a fading legend. A tale we will tell again and again until, like glass smoothed and polished by the waves, it loses every sharp edge.

One day, we will let that old story go; we will drop it there, on the black gravel of the beach. For we have traveled 10,000 years, and we are ready for new stories. 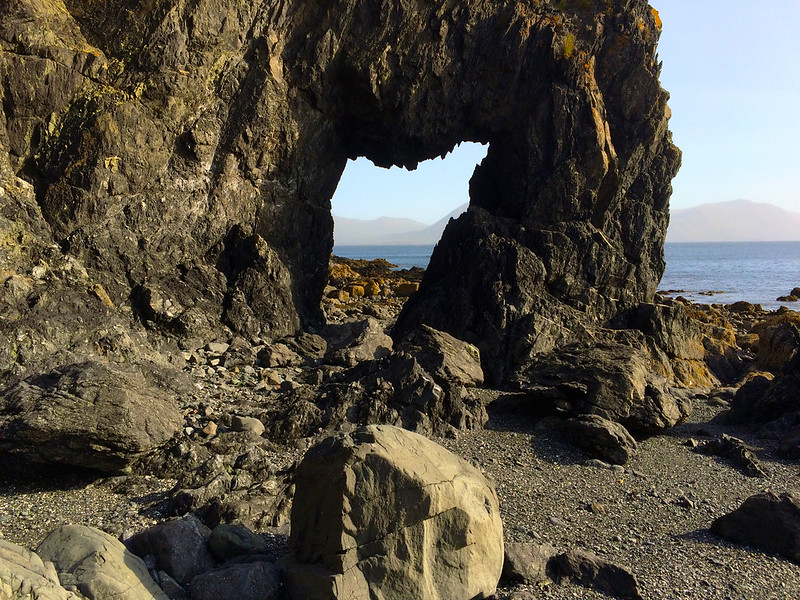 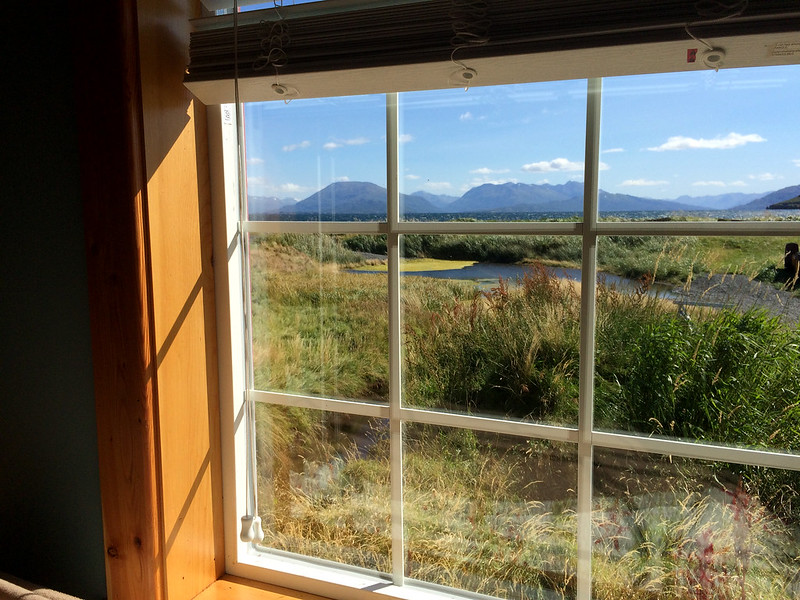 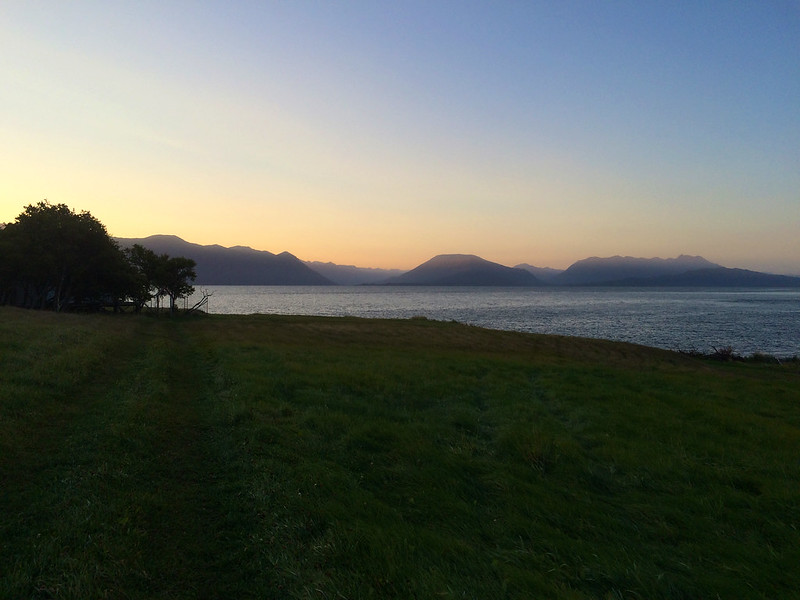 Written in the airport in Anchorage, Alaska. With love for all the writers who traveled to that boulder in the sea. I am glad to have met you, there on that line between rock and water, life and death, stranger and friend.