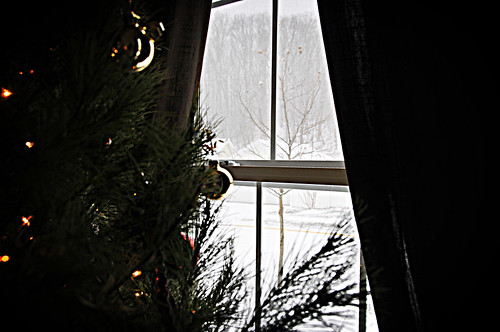 Home Again, but Not Really 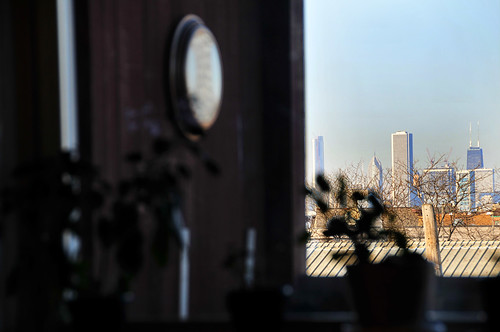 The firstborn and I will be back in Chicago soon. Four days with the people and places we both love best.

I feel an urge to write that we are going home, except that we aren’t.

It isn’t only that we sold our Chicago apartment 18 months ago. It isn’t because we have no family there. We do have many friends, and they were our family for ten good years. Rather, it is that I was once planted in Chicago. I’m not planted there any longer, though I haven’t yet laid down roots in any other place. I feel as if (actually, I hope as if) we are in between homes. (Florida, you are lovely, but I do not think you will ever be home.)

Perhaps I can write of Chicago from my daughter’s point of view. She was born there, after all, and has more of a claim to the place than I do. Here is the hospital where she took her first breath. A few blocks away is the converted hotel (with a tunnel where Al Capone once smuggled gin). It was her first home. Here is the museum that became her own private wonderland; fairy castle, baby chicks, and all. And there is pebble beach, our pebble beach, where we swam in summer and climbed ice dams in winter. Even now when I stand at some water’s edge and look to my left, I half expect to see the glittering wall of a downtown skyline. Perhaps she does, too.

In this life, home is always temporary. In Chicago, I learned that it is possible to feel at home in a temporary place. It is possible to breathe deeply and live thoroughly in a home that won’t always be home.

Possible, yes, but never a given. Or, perhaps I should say that it is exactly that: a given thing. A grace thing.

When God tells his exiled people in Jeremiah that he will bring them home one day, he also says: “Build houses and settle down; plant gardens and eat what they produce. Marry and have sons and daughters; find wives for your sons and give your daughters in marriage …” (Jeremiah 29:5-6). His gift to them is a home in exile. Permission to live, even as they wait.

“For the Lord your God is bringing you into a good land – a land with streams and pools of water, with springs flowing in the valleys and hills.”

Why Staying in the Moment Isn’t Always Best (Or, Why Southern Summers are a lot Like Midwestern Winters) 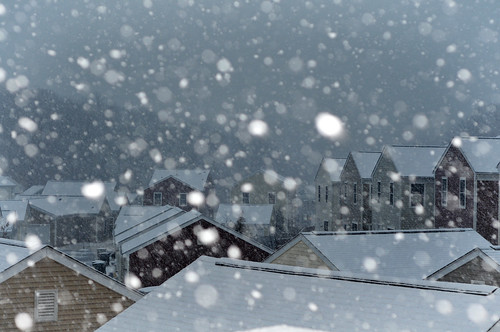 Understandably, winters in Chicago were long and hard.  Still, I enjoyed them more than most of my friends and neighbors.  I’ve always imagined that my Texas childhood created a snow deficit deep inside of me that no amount of Midwestern cold could fill up.  As much as we all longed for spring come March, I was never sad, even then, to see snowflakes fall.

The hardest thing about winter for me was always the thaw.  Those of you with experience living in frigid climates know what I’m talking about.  The thaw is that period (maybe it comes once, maybe it comes and goes repeatedly, every winter is different) in which the sidewalks and streets are impassable.  Snow has melted and refrozen until not even a polar bear could walk the ice safely.  Or, layers of snow have turned to slush all the way through, and it’s impossible to move without icy meltwater pouring over the tops of my boots.  Pushing a stroller through the muck and mess of a thaw?  Absolutely impossible.

The hardest thing about winters in Chicago?  Not being able to (safely) leave the house.

The hardest thing about summers in Florida?  Not being able to (safely) leave the house.

Obviously, we’re no longer in danger of breaking our bones as we slip and slide on the sidewalks.  But when my daughter asks at noon whether we can go for a bike ride, all I can think is “heat stroke.”  It’s 95 degrees and very humid and I actually convince my kids to watch another half hour of tv rather than take them outside.

There are bright spots in both seasons.  Here, swimming pools dot the landscape like weeds and as long as I’m willing to walk the gauntlet of sunscreen application (which always requires chasing the two-year-old around the house and listening to the seven-year-old whine that her face is white), we can enjoy being outside without too much pain.

In Chicago, the compensation came with sledding and snowman building.  As long as I was willing to bundle up three children in snowsuits and long underwear, we could forget the discomfort of cold noses and tender fingers for an hour of fun.

In Chicago, I loved to sit directly on the warm radiator cover and watch snow fall past our third-story window.  In Florida, I sit on the small sofa and watch that day’s thunderstorm pile up in the west.  Seeing the palm fronds flatten in the wind and sensing the house go dark, I like to imagine that it’s cold outside.  The reality feels more like getting hit in the face with solid swamp, but I keep the door shut and pretend.  It’s very cozy.

More than cabin-fever and long hours spent indoors, these two seasons in these two places share a mood of longing.  In Chicago, I yearned for warmth and color.  In Florida, I want crisp air and sunshine that doesn’t burn like fire.

I’ve often felt guilty about giving in to this mood.  As if desire is always an altogether bad thing, a temptation to ignore the good gifts right in front of us.

I think that is sometimes the case.

However, occasionally we only recognize the best things in life because we’ve longed for them and waited for them.  Tulips in spring.  The first day in fall when the humidity plunges.

The goal, I’ve decided, should not be some stay-in-the-moment mental trick we play on ourselves, but a more straightforward acceptance of goodness in the present and desire for something else.  And why should these be mutually exclusive?

I love Florida’s daily summer thunderstorms.  I love the wind, the dark clouds, and thunder rumbling all afternoon.  But I am also eager for cooler temperatures and hours that can be spent outdoors.  Summer, here, is about enjoying and longing.

And when the cooler days come, I’ll say goodbye to the thunderstorms with no regrets, knowing that I loved them in their time, but the thing I’ve really wanted, the thing I am now prepared to enjoy, has finally come. 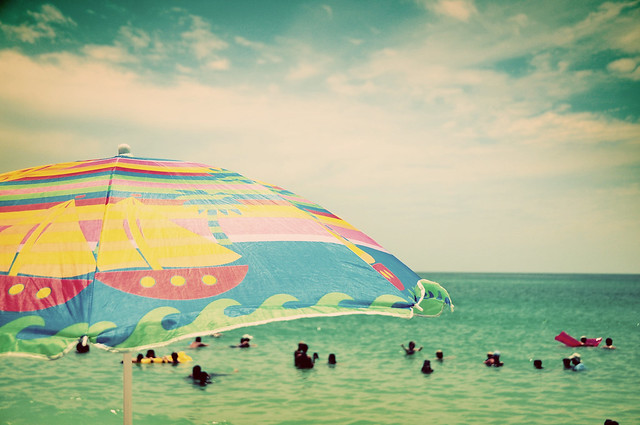