I wrote a whole book about the longing for home and the painful (but beautiful) process of homecoming, and yet, five years after moving to Maplehurst and more than a year after Roots and Sky was published, I find I have so much more to say.

And so much more to learn.

Bekah DiFelice is teaching me and inspiring me. I feel as if I could have written every word of this post myself, and yet her experience of moving, moving, and moving on again has given her wisdom and a perspective that can benefit us all. Myself, included.

She shares some of her story below, but I encourage you to pick up a copy of her just-released book, Almost There: Searching for Home in a Life on the Move.

I’m not a gardener, nor do I possess any talent for coaxing green things to grow, but I am a person who is curious about roots. I’ve often wondered what it takes for them to wind through the ground beneath me and make me feel settled, at home.

Nearly a decade ago, I married a handsome Marine who promised to show me the world.

Then he moved us to Yuma, Arizona.

Ever since that first departure, my family and I have moved often, rearranging the same furniture in different houses, coaching new acquaintances on the correct pronunciation of our last name.

In a life on the move, I have found that a person can be homesick for many things besides an address. You can long for a relationship, hobby, or talent that you’ve lost or tabled for a time. You can be homesick for a version of yourself that existed before you changed jobs or had babies or decided on a whim to try out bangs.

Any source of stability can unexpectedly expire, so I think we’re all “on the move,” in one way or another. We are moveable gardens and transplanted roots, all asking what—and where—home is now and what else it could be.

My favorite quote from Christie’s book Roots and Sky is that homecoming is a “process rather than a moment.” It takes some time. Because to establish home is to strain for it. Home is not a passive landing pad, but the place where we battle for roots.

For a long time, I wondered if all this physical transience was detrimental to my root system. I wondered if I fostered shallow relationships or a short attention span; if I had an extra-large appetite for elsewheres, since new possibility was just one move away.

But when I evaluated our mobile life, I didn’t find a touristy sense of ease and detachment. I found, instead, that transience motivated a muscular strain for settledness. It takes a lot of work to transplant, after all. And this work is for our good.

This makes Jesus’ message in John 15 all the more alluring, where he refers to himself as a vine and you and me as the branches.

The work of the branches is to live in companionship with Christ so that they may enjoy a good and abundant life (John 10:10). But the best life doesn’t necessarily mean the lightest or most carefree, which is why the same passage also talks about pruning, the trimming down of branches. God cultivates us by occasionally clipping at our edges so there’s room and reason for us to expand into greater growth. Vines are spreading plants, after all. They exist on the move. And when they’re healthy, when they’re challenged and pruned, they know how to take new territory and to live well in it.

Whether you’re someone who is on the move in identity, career, purpose, or geography, movement has a way of encouraging resilience by way of hardship. It spurs the pursuit of community, clarity, and hopefully God himself as tethers of stability we reach for when other kinds expire.

I believe that God is fostering the fullness of life within by placing us in contexts that require us to tenaciously remain in him. So it is a sort of consolation, or maybe even a source of deep gratification, that the distinct stressors of a life on the move are the same tensions that train and grow us.

The work of homecoming clarifies the destination our roots are straining towards. 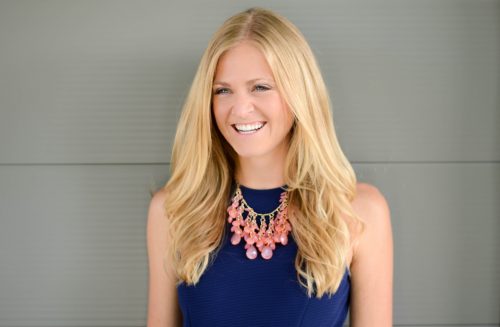 Bekah DiFelice loves strong coffee, her home state of Colorado, and turning strangers into friends. She is a passionate gatherer of people, mediocre cook, and writer who has a lot to say about only a few things. You can find her at BekahDiFelice.com, where she shares her story of discovering pieces of home in the most unlikely places. Her book, Almost There: Searching for Home in a Life on the Move, is available now.