Our first serious snowfall arrived the day before Thanksgiving.

The day began with rain. I left the house early to meet a friend for coffee and prayer, and the rain was already running in rivers. They said the rain would turn to snow mid-morning, yet that is a miracle I am always reluctant to believe without seeing. They were right. At ten in the morning, as I sat writing in one of the third-floor attic bedrooms, the rain turned quietly to snow.

Within minutes the golden-brown leaves still piled on our lawn were dusted with snow. Within an hour, the whole world had changed. Autumn had disappeared, buried beneath a new, wintry world.

My children had an early release from school for the holiday. I was standing at the parlor window, watching for them to come walking the long length of our driveway, when I heard it. A rumble. Like a heavy truck. But the rumble grew and cracked and broke into pieces, and I recognized it for what it was. 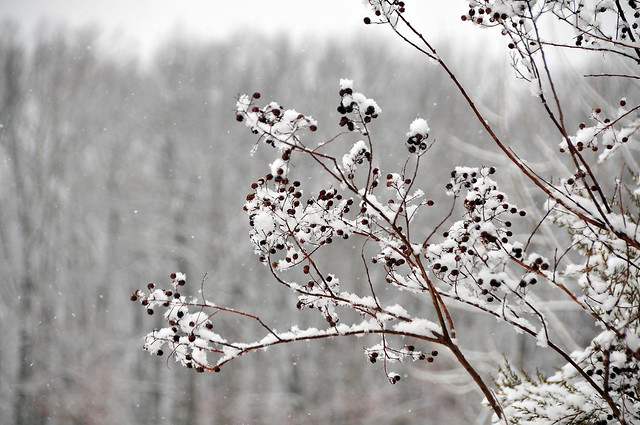 Every year since I began writing this website, I have blogged daily during Advent. During the rest of the year, I struggle to post regularly once each week. But those Advent seasons of daily writing have been my favorite seasons. The intensity of those days, the witnessing and the telling, have changed me. They have also changed my life.

I began this discipline of daily Advent blogging because I was desperate. Desperate for something new and good in my life. Desperate for more. I ached and yearned and waited, and I wrote about it. I tried to anchor my own story in The Story. That January I found out I was pregnant. I’d had no idea what I was aching for, but Elsa Spring is, as her name suggests, new and good and as beautiful as a long-anticipated spring.

The second year I was weighed down by a gray post-partum fog. I was sure I had nothing to say. But God showed himself and gave me words. And in January the fog was finally rolled back. I was myself again. I knew happiness again.

The third year, I was sure I couldn’t do it. I had not had time to pre-plan a single post. I kept my eyes wide open, and I scratched out a few words each night. And God showed up. I woke every day feeling empty, and I went to bed every night having been given the story for that day.

In January, my long, vague dream of writing a book crystalized unexpectedly. Just after Epiphany, a book idea dropped, fully formed, into my head. And, in another year, that book will show up in bookstores.

You would be right if you guessed that I approach Advent with not a small amount of fear and trembling.

Advent is a journey. And it changes us. It is a season of quiet beauty and gentle expectation, but it can roll over our lives like thunder. Sit. Watch. Wait. There is no telling what you might see.

Two thousand years ago, the whole world changed. And it goes on changing. There is always, always something new.

This year, I am deep in words for my book. For the first time, I have had to admit that I cannot blog every day of Advent. But I have not wanted to give it up. Instead, I have asked a few of my writer friends to join me here. I’ll be sharing their Advent reflections with you this season. I’ll also be showing up with Saturday book recommendations and a special food-themed Christmas giveaway.

And I pray, however you observe Advent, that it will be as beautiful as the first snowfall of the season. I pray that it will rock the earth beneath your feet like thunder. 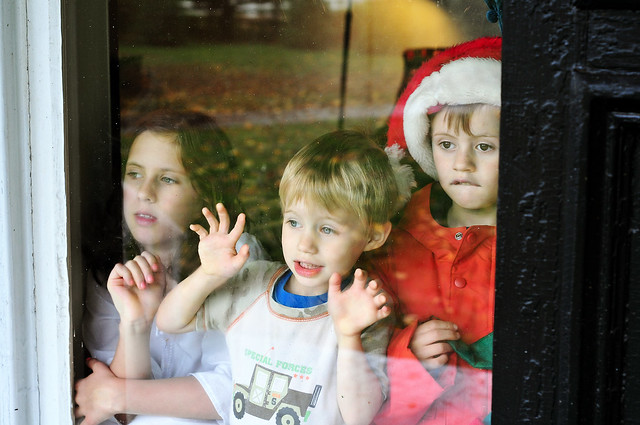