How Not Waiting Feels 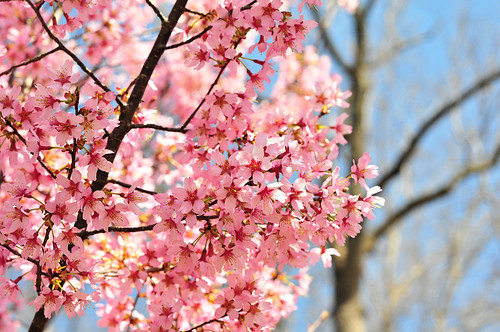 No one likes to wait.  Still, there is a general acknowledgement within our culture that waiting isn’t exactly a bad thing.  Good things come to those who wait, we say.

Christian teaching kicks it up a notch.  Strength will rise as we wait upon the Lord.  Blessed are all who wait for Him.

Still, I don’t think there are many of us who, if given the chance, wouldn’t choose to fast-forward through the waiting.  If there existed some cosmic remote control, I would be strongly tempted to hit that button.

Why does God make us wait?  Why does Scripture link waiting with blessing?  It’s hard not to feel as if waiting has been devised by some strict disciplinarian.  Where is the love in making us wait?  It seems more than a little cruel.  Especially so when we are waiting for relief from pain, for healing, for hope, for a miracle.

However, if I am honest, I have to admit that I know how good waiting can be.

When we first moved from Chicago to northern Florida, I imagined that the long, hot summers would be hardest.  I expected the worst and was pleasantly surprised.  In the Fall I was surprised again, but the surprise was less pleasant.  It turns out that hot, humid days were easy to take in August.  Roasting a turkey on Thanksgiving Day when the outside temperature was in the 80s: that was not so easy to take.  There may have been tears.

Apparently, I was okay with a hot summer but not okay with seasons that seemed stubbornly stuck.  I missed colorful fall leaves, apple-picking at the orchard, and wearing sweaters to the pumpkin patch.

During the first week of December, we had our first freezing temperatures, and I watched as the maple tree just outside my kitchen window suddenly turned scarlet.  It was beautiful but, coming in December, also strange.  By Christmas the tree had shed its leaves, and the view outside the window began to look just a little bit wintery.  A very little bit.  And then January arrived and ushered in sunnier, warmer days.  Sitting at my kitchen table eating breakfast one morning, I noticed small buds beginning to grow on my maple.  By the end of January, small, green maple leaves were once again dancing in the breeze.

I felt as if I had been watching one of those nature documentaries, slow changes effected over time had been sped up by a time-lapse camera.  Only there had been no camera.  Three seasons really had come and gone in the space of two months.

I hated it.  It turns out that the changing seasons brought me little joy when introduced at a sprinter’s pace.  Midwestern winters may be long and dark, but there is nothing like the rush of feeling that comes after spotting the first tiny buds.

There is a prayer for the one finding it hard to wait, a prayer whispered for generations: “O Lord, come quickly to help me” (Psalm 40:13).  And the voice of the Holy Spirit responds: “Be strong, do not fear; your God will come” (Isaiah 35: 4).