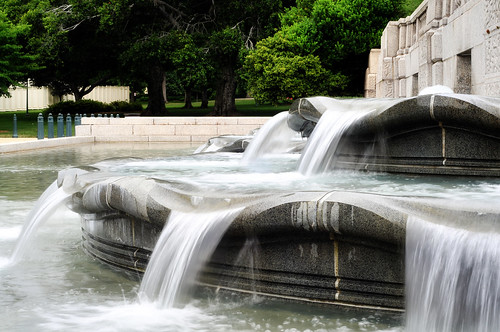 For several weeks, I have thought of barbecue every time I stepped outside my door.  It’s a smell that burns, and a fog that makes my eyes smart.  It isn’t my neighbor’s backyard grill (though that smell is common year-round.  Really.  This year we grilled pizzas on Christmas Eve).

When I first moved to Florida in late spring one year ago, I worried about the summer.  I grew up in the heat and humidity of central Texas, but I’d always hated it.  I’d also escaped the land of six-month summers more than a decade before, and I wasn’t sure I could handle it again.

Fortunately, it never got as hot as I had feared.  It turns out that living near the coast really does make a difference.  It may get very warm and very humid and stay that way for many months, but it’s always breezy and, best of all, nearly every afternoon the humidity ushers in a spectacular thunderstorm.  And then . . . there are rainbows.

Sometime around last August, the thunderstorms stopped.  The meteorologists on the radio talked about a dry spell.  They kept talking about it, but I stopped paying attention as the temperatures cooled, and I enjoyed pulling out my sweaters while keeping my snow boots packed away.  Now they talk about drought, and I don’t have to listen to them to know what they’re talking about.  I can see it for myself.  I can smell it, too.

The retention pond behind my house has sunk within itself, and muddy banks have grown up around it.  The palms and palmettos are fading from green to gold.  And there is smoke.  Some days I won’t let the kids go outside because the haze of it burns my throat.

I pray for rain.  My livelihood doesn’t depend on it (as it does for a farmer in Africa).  My home isn’t threatened (as so many are, even now, in Arizona).  Still, I pray for rain.

I pray for rain because I seek the face of a God who first revealed himself as Love to a people living in a desert.  We were made, each of us, to seek the source of rain, of rivers, of streams and creeks and oceans.

I pray for rain, and I wait for the fulfillment of so many promises.

“A fountain will flow out of the Lord’s house and will water the valley of acacias” (Joel 3: 18).

“Water will gush forth in the wilderness and streams in the desert.  The burning sand will become a pool, the thirsty ground bubbling springs” (Isaiah 35: 6,7).