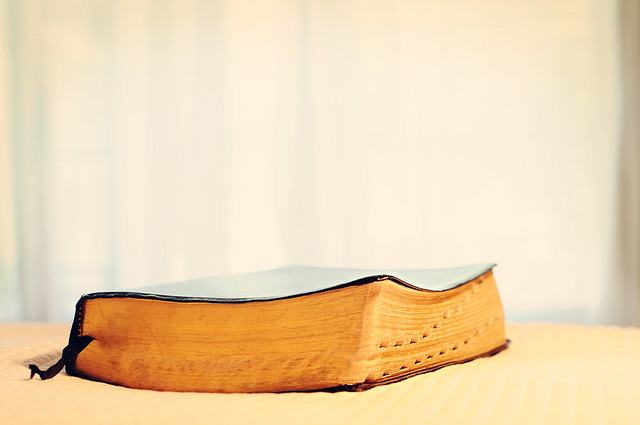 Now I am that crazy person.

I’m the one setting eyes to roll with my casual God told us this and God gave us a dream, and, the boldest of all, God promised …

That’s the big one, isn’t it? Talk of promises is crazy and dangerous all at once. To talk about promises is to set oneself up as special and risk looking like a fool.

I am that fool.

This is how I got here: desperation. It was the not having, the hurting, the longing, and the pain.

It was that one time I threw my Bible against the wall. I could see the pages bent and the cover smashed, but I could also see words that were so comforting, so particular, I was tempted to make Bible-throwing a regular spiritual discipline.

It was that time I screamed at heaven, until I turned the corner around the clump of trees and saw an optical-illusion moon so enormous and fiery I couldn’t tell what it was. But I heard it. It said, “I’m here. You’ve been heard.”

Sometimes, it wasn’t pain so much as utter emptiness. When there are no friends and no activities, when the phone never rings and you’ve given up the job you pursued for ten years, small things begin to sound very loud.

Like the verse that pastor shared from the front. I was one of a crowd, but those words were an arrow and I was the mark.

Like the song that came over the speakers just as I asked my question aloud. That song with the answer.

Or, all those times (so many times) when all I could do was open my Bible on my lap.

And that’s all it took. Because there it was. Right there.

I’m wary of prescriptions, of three-step plans. But if you want to hear the voice of God (and think very, very carefully whether or not you do), then this is what I suggest:

Lean in to the pain.

Listen to the silence.

Let the emptiness be just what it is. 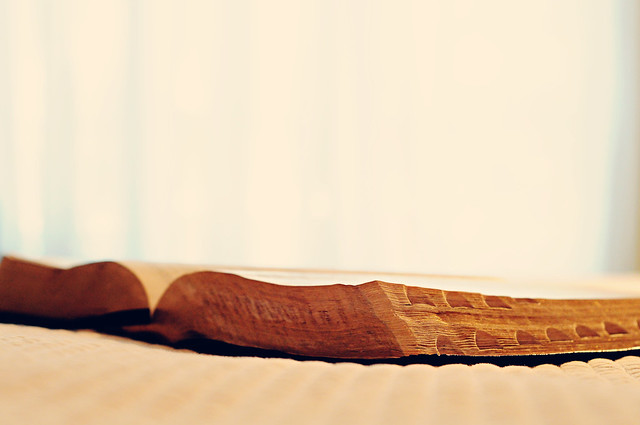 Why I No Longer Pray My Son Becomes a Leader 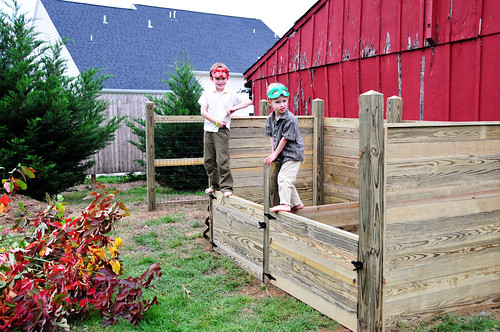 I sometimes wonder why God gave me boys.

Recently, my oldest son had to wear a team sports jersey for “spirit day” at his elementary school. I’m sure whoever came up with this idea imagined it to be fairly inclusive. Who doesn’t have at least one shirt for some kind of team playing just any kind of sport?

Jonathan and I would rather watch Masterpiece Mystery on PBS than college football, so if we raise a sports fan it will be despite ourselves.

The more children I have, and the bigger and more “boyish” my boys become, the more helpless and inadequate I feel as a mother. You might expect it to work the other way. Don’t I have years of experience tucked under my belt? This is true. However, if you look closely you’ll find years of doubt, years of second-guesses for every parenting decision I’ve made, and many spectacular failures. Nine years after becoming a mother, I am less confident than ever.

I’m praying, yes, but I’ve been struggling to pray for these boys. Who are they made to be? Who do I hope they will be?

I think a lot of mothers pray for “leaders.” They pray their sons grow up to be leaders in their families, in their churches, in their communities.

I try praying this, and the word leader feels like a pebble in my mouth. Whose word is this, anyway? Where did it come from?

Is this the right word for the boy who prefers the edge of the crowd to its center? The gentle boy who loves his baby sister so much he’ll spend thirty minutes trying to make her laugh? The compassionate boy with the quiet voice who would rather play alone at recess than roughhouse with the other six-year-olds?

I try out the word servant-leader. I hear a lot about that one, too. But there’s the pebble again, and I ask myself, “What’s wrong with just servant?”

In my mind, I see Jesus. He is kneeling in the dust of the floor washing feet. I may be uncomfortable with what counts as masculine in our culture, but even I find it difficult to pray this kneeling-in-the-dirt way of life for my boys.

But my son is teaching me how to pray for him.

Here he is beside me. We are bathing his baby sister. I watch as he takes the washcloth and leans across the edge of the tub. Slowly and carefully, he wipes between each little toe.

Because Our Children Are Vulnerable 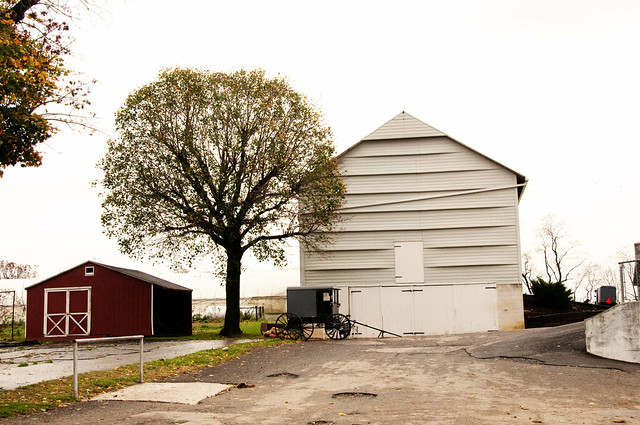 On the Friday after Christmas we piled our over-stimulated, over-sugared children into the car and drove. We were chasing peace and quiet down the backroads, and we found it.

The three-year-old had fallen asleep and the big kids in the backseat had stopped pinching each other when we drove straight into a flock of children.

Startled, I noticed a one-room Amish school on the top of the hill to our right. The schoolday had just ended.

Slowly our car parted a sea of boys in straw hats. Next, we inched our way past a dozen little girls circling the tall figure of their teacher.

One tiny girl with a heart-shaped face tilted her black bonnet to flash a smile through my window. She gave a little jump and waved both hands in greeting. The wind caught her cloak, and I saw a flash of its royal blue lining.

Our car moved on, but I kept thinking how vulnerable they seemed. All those small children flitting like birds on the edge of the road.

I’m not sure I would have given it much more thought, but Sandy Hook is branded on our hearts, and I can’t stop seeing the flashing blue of that little girl’s wings.

How do we keep them safe?

It wasn’t that long ago evil invaded a classroom of Amish children (did those girls also skip and smile like little birds?).

Some say our schools need guards with guns. I have no rational argument to make against that proposal. All I know is how much it hurts me even to imagine it. I love our public schools, but I don’t think I will ever send my children out to classrooms guarded with guns.

I want my children to live unafraid, but I don’t want them to find that courage in a gun.

When I imagine that Amish schoolhouse – when I see it again silhouetted against a blue sky at the very top of a high hill – I see forgiveness. I see love.

I see children who may not be safe but who are free. Free from fear. Free to love the stranger in their midst.

I have always said what is only now being tested.

Because now I send my children out into the world with only the protection of an old, old prayer.

Lord, make us instruments of your peace. 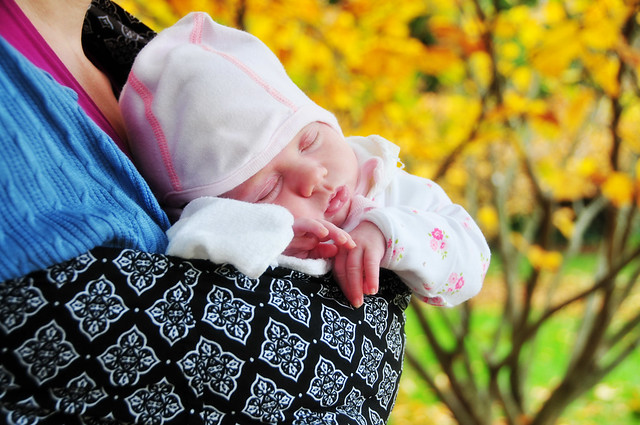 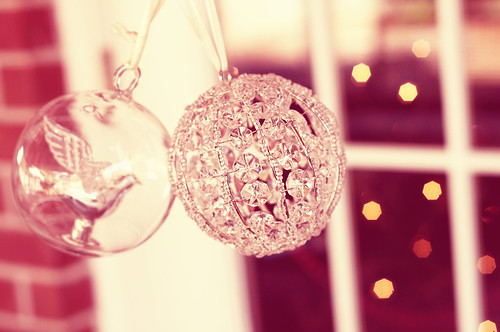 He who testifies to these things says: “Yes, I am coming soon.”

The grace of the Lord Jesus be with God’s people. Amen. 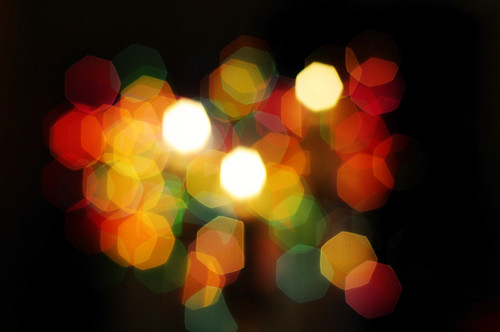 who showed yourself to Moses in the burning bush,

who gave him the holy law on Sinai mountain:

Come, stretch out your mighty hand to set us free.

– Kathleen Norris, God With Us: Rediscovering the Meaning of Christmas