All the Missing Pieces

If you are a parent or teacher or camp counselor, you know the forms I’m talking about.

It’s the final question that gives me trouble: EMERGENCY CONTACT PERSON. If the parents cannot be reached, who should we call?

For more than three years, I have left that line blank. On school forms and dance studio forms. On swim team forms and class field trip forms.

There is no one to call. 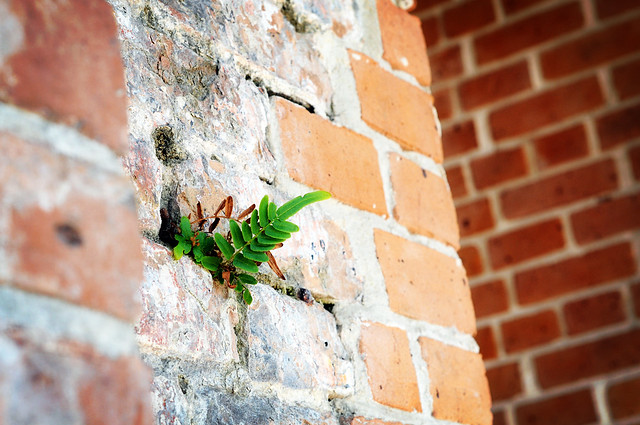 We’ve never lived near family. Grandparents are once-or-twice-a-year treats. My children trade Christmas gifts with cousins they have yet to meet.

When we left Chicago, we said goodbye to more than our third-floor-lake-views-if-you-squint apartment. We said goodbye to neighbors who would knock on our door if our two-year-old escaped during the party and wandered down the stairs toward the front door and the busy street just beyond it. We said goodbye to the family in the basement apartment who could always take in our kids if an emergency came up. We said goodbye to all the friends on the blocks around us – friends whose children we had sheltered while their mothers and fathers welcomed new siblings at the downtown hospital, or, more terribly, said hospital goodbyes to siblings they would never bring home.

We left behind every one of our Emergency Contacts. Since then, I’ve learned you do not easily or quickly replace such things.

When our fourth baby arrived two weeks before grandma’s scheduled visit, we called our realtor. She was the only one who’d met our children or seen the inside of our home.

Yesterday, I filled out four more forms. The final blank lines felt a little blanker, a little emptier. They asked, not for an emergency contact, but for sponsors. These were baptismal forms. Later this summer, we’ll turn our church into a mini waterpark when we baptize four children all at once.

Even if I keep expectations low (this is a sponsor, after all, not necessarily a godparent or guardian), I wish someone could be there. A witness to our lives. Someone to stand in the crack. Someone who will always be there to remember with the firstborn. To tell the story to the fourth. Someone to make us all feel like nothing is missing.

For a long time, I convinced myself that the most broken things and places were out there. Poverty and gun violence. Orphan crises and war. And, for the most part, this is true. There is a terrible darkness in this world, but it doesn’t live in my house. And if I have one goal in life, it’s to make sure that my home is a shelter for anyone looking for relief from the world’s dark places. We all need a place to rest before we head back out again, lights in hand.

However, I’m discovering that aloneness and disconnection are cracks that run just about everywhere. Through every heart. Every relationship. Every home and neighborhood and community. Even my own.

In our house, two sons share a room. With the volume turned low, it is storybook perfect. In real life, it is loud and late and lego-filled. But as much as I sometimes dream of sticking them in separate rooms so I can get a little peace and quiet at the end of the day, God-help-me, this sharing is a good thing. It is a good thing because they are never really alone.

He feels alone, abandoned by a brother who would choose sleep over one more lego creation, and he weeps.

He cries himself to sleep.

Some people might tell you it’s God or Jesus who fills in those cracks. They might say we’re chasing the wrong things when we look to fill our empty places, our blank lines with other people.

But I think they may be wrong.

The story of Adam and Eve and Eden might not tell us much about the science behind the world’s creation. I do think it tells us everything about these cracks and missing pieces. It tells me that in the beginning of our story we lost something precious. We lost the closeness (so close you might call it oneness) we once enjoyed with other people. We lost the closeness we once had with our Maker.

This story we’re living is all about recovering that precious thing.

I don’t know how to make the blanks and cracks and disconnections disappear. I do know that if we lean in to them – really pay attention to them – we might glimpse the end of our story. The beautiful end. Which will be, of course, a new beginning.

“With all wisdom and understanding, God made known to us the mystery of his will according to his good pleasure, which he purposed in Christ, to be put into effect when the times reach their fulfillment – to bring unity to all things in heaven and on earth under Christ.” 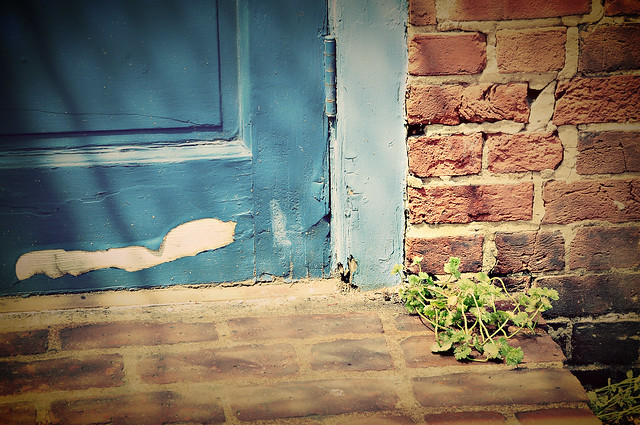