Today, Amy Lepine Peterson returns the favor and shares these powerful reflections with us. There is so much wisdom here, I’m taking my time, reading and rereading. These are words I know I need right now. 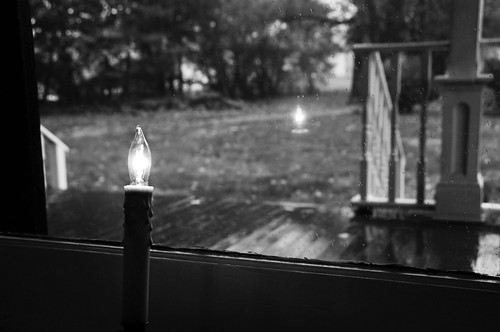 Advent is a season of darkness, of waiting for the light; but I’m warier of darkness than I used to be.

When I was a teenager, I revelled in darkness.  I don’t mean that I loved bad things.  I loved complicated things, facing the realities of our broken world,  anything that seemed deeper and truer than the sparkly cliches I found on tv and in commercial christian products.  My teens were when I read Thomas Hardy and Pascal and Kierkegaard, when intellectual doubts were hitting me for the first time, when I first traveled to a third world country and recognized the excess of my own lifestyle. I was in my teens when Dad took me to see Good Will Hunting – despite the language – because of the redemptive themes, and I too wanted to recognize truth like a troubled genius or a holy rebel. I needed a faith that was honest about darkness.

Becoming a mother was what changed me. I first noticed it when I was pregnant with Rosemary. Jack and I started to watch The Road  one night- a film based on Cormac McCarthy’s post- apocalyptic vision of a father and son traveling across a barren earth. Though the movie had been hailed as important, haunting, and powerful, and though its bleak, true-eyed vision was something I would have loved in my late teens, I couldn’t make it through even the first half of the film.  As a parent, it was too harrowing to watch, and I wanted to sleep instead.

Once your own children enter the picture, the reality of darkness in the world easily becomes overwhelming, your potential for distress growing exponentially with each child you bear.

To be honest, I don’t want to talk here about what happened in Connecticut last week. I can hardly bear to acknowledge that it exists or to read the names of the children who died. I haven’t read a single news story about it all the way through, and I haven’t watched even one news clip, not just because I’m generally suspicious of the reliability and motives of the press, but also because I can’t manage, emotionally, to let myself imagine how those parents feel.

Tonight before bed, I read to my almost-4-year-old from the Jesus Storybook Bible.  We read this, based on Acts 1:

Jesus’ friends and helpers huddled together in a stuffy upstairs room.  Even though it was sunny outside, the shutters were closed.  The door was locked.

“Wait in Jerusalem,” Jesus had told them, “I am going to send you a special present. God’s power is going to come into you. God’s Holy Spirit is coming.”
So here they were.  Waiting.  Actually, mostly what they were doing was just being scared and hiding. (You can’t blame them — their best friend had left; the Important People and Leaders were after them; and Jesus had given them a job they didn’t know how to do.)
As they waited, they were praying and remembering — remembering how, from the beginning, God had been working out his Secret Rescue Plan.

I wondered as I read: how much of what I do is just “being scared and hiding,” waiting, in this long Advent season, for the Secret Rescue Plan to be completed, hoping I make it through unscathed?  Although for me, unlike for the disciples, the Holy Spirit has already come, already made my heart burn within me, I still cower in fear when faced with the realities of a world in need of resurrection. I know about this Secret Rescue Plan, and I’ve been assured of its success. The Prince of Darkness grim? – one little word shall fell him.  I ought not to tremble.

And yet my fear is legitimate; after last week, there’s no denying that even our safest places are vulnerable, that the “control” I think I have over my life is illusory.

So how do I, with my tender mother-heart, open up again to face the realities of a complex world, where the End is certain, but in the meantime, the ways can be inscrutable? How can I embrace the spirit of love, rather than the spirit of fear? How can I trust God enough to face the suffering of the world – and the potential of suffering for my own little ones – with clear eyes and an open heart?

I know that I need to face the darkness head on and ready to fight. Taking comfort in shiny happy cliches and ignoring reality may feel good for a season, but ultimately helps no one, ultimately turns me into one of the shallow “phonies” that Holden Caufield and I used to despise.

Leaning into the meaning of Advent means remembering that our hearts have to be split in order to open wider. And leaning into the meaning of Advent means believing that because a baby was born, there is a promise that if we lean into the suffering of the world instead of protecting against it, we find love. This is a long wait, but we’re not waiting alone.

We wait, this long Advent, for that kingdom to arrive, but we must wait with honest eyes and willing hands, practicing resurrection in the dark.

Amy Lepine Peterson teaches ESL Writing and American Pop Culture at Taylor University, and spends most of her time making a home for her best-friend-husband and their two (frankly adorable) children. You can find her in the cornfields of Indiana, or online at Making All Things New.