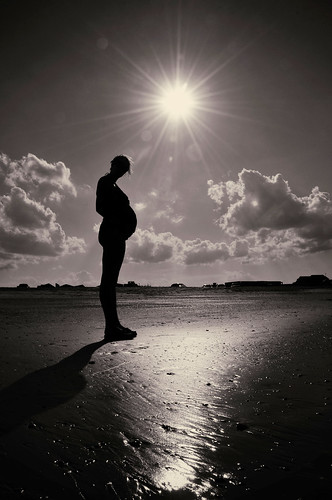 Living in a one-hundred-year-old apartment in the city, we took our baths in a narrow, enameled tub. Back then, I found the idea of a jetted, whirlpool bathtub very appealing. I live in suburbia now, and I have just such a tub. Alas, the reality is less exciting than the fantasy.

I think I tried using the jets once. As it turns out, I don’t much like soaking in bubbles with the sound of a motor in my ears. Now the jets only get turned on when the big kids want to terrify the two-year-old during bathtime.

Even worse, without an apartment-building-sized boiler, we don’t actually have enough hot water to fill this fancy whirlpool bath to the top. I’ve learned the hard way to open only the hot water tap and not to let it run past halfway, lest I find myself with a tub full of lukewarm water.

Still, I do occasionally indulge (minus the jets and with the tub less than full). Recently, my soak was disturbed by the shrieks of my arguing children. I sank down beneath the water hoping to block out the noise and was surprised by the enveloping silence.

Immediately, I was a kid again. At what other stage of life do you spend so much time going pruney beneath the bathwater or shutting out the sounds of Marco-Polo cries at the swimming pool?

I’d forgotten how loud this kind of watery silence actually is. There is a whole other world in this silence: the rush of blood, the wheeze of each breath. It is a noisy world within a world, though it is generally unnoticed, unheard.

I typically imagine silence to be a kind of emptiness. A kind of nothingness.

The gap between Old and New Testaments suggests that God was silent for many, many years before the birth of his son.

I wonder what this silence signified. Emptiness? Distance? Or, could it have been, a world within a world?

When the infant Jesus was presented at the Temple, there were two waiting for him. Two, prepared to recognize and honor him: Simeon and Anna.

In these two we glimpse the truth. God’s silence weighed so heavy on them that they knew he was neither distant nor inactive. They knew their Christ was coming.

One day, he arrives. The silence erupts. The angels sing.

On this day, many can see what had always been there unnoticed and unheard. Songs of joy and prayers of thanksgiving are lifted to the heavens over one tiny head.

But Simeon and Anna are not surprised. They have long been listening to the sound of blood pumping and breath rising. They know that God’s silence is anything but empty.