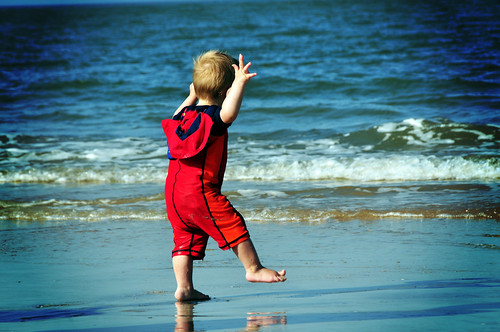 Today I tried writing a Summer List and discovered that this once-favorite tradition hasn’t traveled well.  I started writing Summer Lists in Chicago.  At first, they were just for me, but my oldest child did contribute an item or two in recent years.

Having endured months of bitter cold and forced hibernation, I often felt a little stressed at the beginning of Chicago’s second season (you know, don’t you, that Chicago is called the Second City because it has two newspapers, two baseball teams, and two seasons?  You don’t need me to tell you what those seasons are, do you?).  A Chicago summer offers so much goodness, I actually worried about fitting it all in.  What if Labor Day arrived and I hadn’t seen a film on the grass in Grant Park?  What if the wind turned cold, and I hadn’t yet eaten apricots and just-made goat cheese on a blanket at the Green City Market?  What if busyness or laziness kept me from packing up the kids and the snacks and listening to music under the stars at Millennium Park?  What if we said “yes” to too many weekend birthday parties and forgot to leave time for blueberry picking in Michigan City?  Thus, the Summer List.

The problem with a Florida Summer List is that the season is not fleeting.  I’ve discovered that this part of our country also has two seasons: hot and not so hot.  Everything I could think of to write on my list today caused me to think, “Well, but I’d rather do that when it’s not so hot.”  Beach?  I prefer to collect seashells in February sunshine.  Pool?  Yes, of course, but we’ve been swimming since March, and I’m already a little tired of wet swimsuits.  The zoo?  It was beautiful in January.  Disney?  Not if you paid me.  Too many tourists this time of year.  Fruit picking?  Florida’s strawberry season ended months ago.

So many people love Florida because the joys of summer last for most of the year.  And even I can’t complain about weather like this.  After all, I enjoyed those grilled pizzas on Christmas Eve.  But what do I make of summer now?  Is there anything special about June, July, and August when our activities and experiences are mostly the same?  What is summer, anyway?   A date?  A point of view?

For now, I’m focusing on the one thing I have in abundance only during these months: time.  I’m not teaching, my two oldest are out of school, the babysitter for my youngest has shortened her hours.  We have time.